When the Orange River is in full flood Through the Northern Cape, the roar of the Augrabies Falls can be heard 40 km away. But even in winter, when the flow narrows, its might is evident.

On its willful path westwards into the thirstlands, the largest river in South Africa has sliced through sheer granite here, dropping 60 metres into a massive gorge of its own making.

Around the falls are massive whaleback rocks that have been rubbed to perilous river-pebble smoothness by water. The Khoi people who lived near here feared the place, and for good reason. Many people and animals have slipped off these rocks to their deaths – which is why SA National Parks has created walkways and fenced off the dangerous sections.

The first European to see the falls, traveller George Thompson, was led here by the Koranna people in 1826. He barely had time to announce that he would call them the King George IV falls before his fearful guides hastened away from its dangers.

Not surprisingly, the name didn’t stick, but the original Khoi name Aukoerebis, which means ‘place of great noise’, did.

There are stories that truckloads of diamonds lie at the foot of the falls. The Orange River, after all, has carried countless such shiny pebbles to the Atlantic ocean.

But the Khoi also tell of a great and terrifying watersnake that lives here, guarding the falls, often luring people to their deaths. It has scales that glitter in the moonlight, a crown of light and diamond eyes… 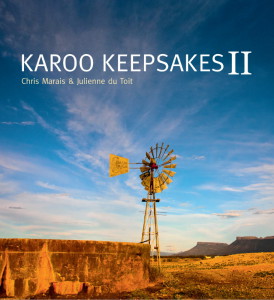 One thought on “Augrabies, Northern Cape”