Pretoria, 1976 – For 25 years, the world had been watching TV as its prime source of news. We finally joined that world, and at first a simple test pattern was enough to stop South Africans in their tracks and gawk.

I had drifted from a Rhodes University journalism degree to a reporter’s desk at the Pretoria News. Somebody in the halls of power there thought I could write, so they appointed me the newspaper’s first television reporter.

The job meant I would have to sit still in one place and watch television for at least two hours a night. And then rise at sparrow’s the next day, stumble off to the office and write a review by 6am.

The Arts Department of this venerable newspaper employed a senior writer called Michael Calenborne, who became one of my mentors.

One morning, he phoned up a recently-launched city night club called The Grand Wazoo.

“Hi there, is that the Grand Wazoo?” asked Michael politely.

“No boss. I’m just the cleaner here. I’ll call the manager.” And so it went.

I was constantly on the tear back in the day. A fantastic bluegrass group called The Silver Creek Mountain Band had set up shop at the Keg & Tankard in downtown Pretoria.

The two Creek fiddlers were burning the house down with their music and we were all completely magicked by Kentucky standards like Foggy Mountain Breakdown and Turkey in the Straw.

The band members looked like a pop-up collection of Appalachian mountain men, Spanish gypsies and Hungarian fiddlers. One guy closely resembled a Wookie.

We drank huge tankards of beer and danced on the rough-hewn wooden tables, especially on Tuesday nights.

That was when the rest of white South Africa was glued to its communal couch watching an American series called Rich Man, Poor Man.

The Creek declared every Tuesday night a special Rich Man, Poor Man Barn Dance. And we felt like rebels going there, because we were not being TV sheep.

One night I got carried away (possibly in a literal manner) and forgot to watch the evening’s fare on the box. I woke up the next morning, went into the office and, you guessed it, busked my review.

The World at War

“Last night, on World at War (a great Thames TV series, by the way) we saw the nuclear horrors of Nagasaki and Hiroshima,” I wrote, almost as an afterthought to a pretty innocuous piece.

The Pretoria News Arts Department had its own nuclear meltdown a couple of hours later after the first edition hit the streets and some eagle-eyed reader phoned in to say that I’d got it all wrong.

“It was the bombing of Dresden, you idiot,” said a rather angry Arts Editor.

Oh shit. The Great Wazoo was not around to come to my aid, so I appeared solo before the editor on orders.

“Two choices,” said the editor, who did not like the cut of my peculiar jib. And really, who could blame him?

“Get your jacket and walk out of here. Or start work as our Magistrates Court reporter tomorrow morning.”

In my fluffed-up little TV-watching world, a Magistrates Court reporter was very, very low on the totem pole. Even lower than the cleaner at the Grand Wazoo down the road.

I took the job. Thank God I took the job, because the Pretoria Magistrates Courts was to be become, for me, an Aladdin’s Cave of excellent stories… 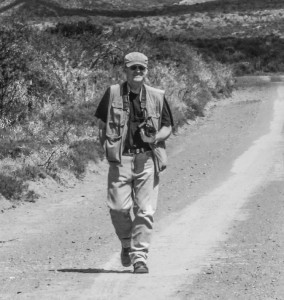 This is a short extract from The Journey Man – A South African Reporter’s Stories by Chris Marais.