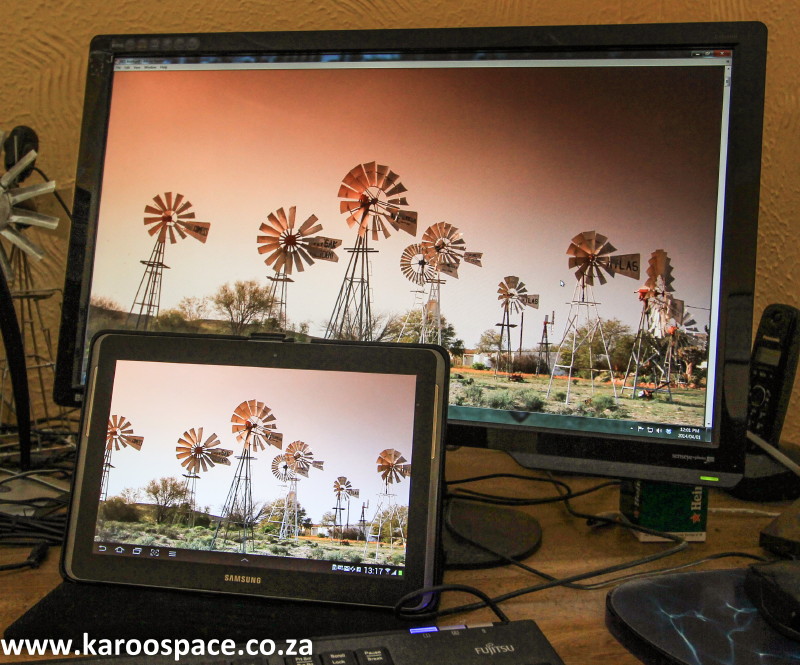 You would imagine that a doomed publishing outfit where titles were permanently kept on life support would soften the resolve of hard-nosed hacks Julienne du Toit and Chris Marais. But the determined duo literally had to shut up shop in Sandton to finally crack it in Cradock as independent publishers.

In March this year the couple’s “travel companion, not travel guide” Karoo Keepsakes, hit the shelves with its first print run of 3000 and another 3000 have already been ordered. Entirely self-funded and distributed, Karoo Keepsakes is in itself a memento, a souvenir of the success of a couple of story hunters who have found colour and character in the country’s most arid yet alluring region.

In understated fashion, Du Toit refers to it as “a hand-made thing”, and so she should. The people that populate the pages of Karoo Keepsakes are enterprising, salt-of-the-earth types who lead interesting lives in deceptively rich spaces. Many of them “make something out of nothing”, to use a phrase by Outa Lappies, a legendary junk yard artist from Prince Albert and one of the stars of Karoo Keepsakes. 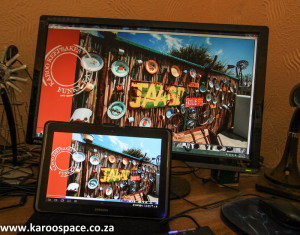 There are many others. There’s Koos Stoffel from Lekkersing whose singing is “full of the soft, raindrop clicks of Nama tongue”; Carlos “the egg man” Da Souza Garcez of Aberdeen who likes Fado music; Ronnie whose ‘sex’ shop and road kill café has become a famous stop-over for roustabout revelry on Route 62 – all of them evocatively captured through vivid photography and lyrically beautiful prose.

So why then did Du Toit and Marais decided to self-publish? “We don’t really like that expression,” says Du Toit. “We’re not some backyard business. We’re not self-publishers. Something about it doesn’t sound right,” she says of Main Line Media, the publishing outfit behind Karoo Keepsakes. “We actually asked a marketing expert what we should call ourselves and she said ‘you’re independent publishers’.”

Previously the duo published five books through Struik. “But this time we wanted to do it ourselves. We wanted more control. It was a bit risky but we took a deep breath and decided to just do it.” Needless to say a lot of hard slog has gone into Karoo Keepsakes. “It’s a labour of love,” says Marais. “It’s our baby,” adds Du Toit. And yet Karoo Keepsakes has taken on a life of its own, beyond the expectations of Du Toit and Marais. “The admin’s a nightmare,” Du Toit warns prospective independent publishers.

“Thankfully a lot of people are chipping in with distribution and we haven’t even accessed the expat market. It’s got huge potential and requires a lot of time and dedication.”

So is the “baby” turning into a beast? “Not yet,” says Marais who when asked why Grahamstown is not in Karoo Keepsakes, quipped: “Because it’s not part of the Karoo. It belongs to the Eastern Cape thicket. The Karoo ends at Cradock.” 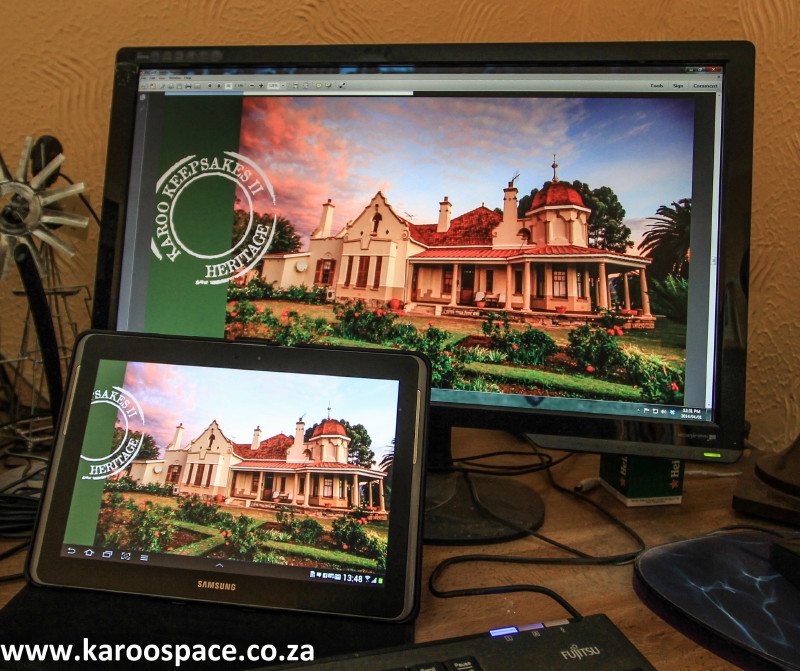 Response to the Karoo Space eBookstore