The last time the magnificent Cape Lion was spotted – and subsequently shot – was at a place south of Beaufort West called Leeu Gamka.

This spot is also the confluence of two rivers: the Leeu (Afrikaans for lion) River and the Gamka River. And when you add to that the fact that Gamka is the Khoisan for lion, then you end up with a settlement effectively called Lion Lion.

Despite the fact that Leeu Gamka had infamously bitter water sources, it was still a major stopping point on the south-north wagon trail. Today Leeu Gamka sits either side of the major rail arterial running through South Africa.

The Leeu Gamka Hotel apparently displays a 900-year-old fossilised elephant tusk found in the Gamka River. The establishment has undergone a series of revamps since its early days in the late 1890s and is still going strong. 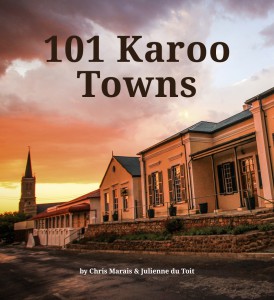