The village of Matjiesfontein, just off the N1 in the Great Karoo, boasts one of the most special heritage hotels in South Africa: The Lord Milner. 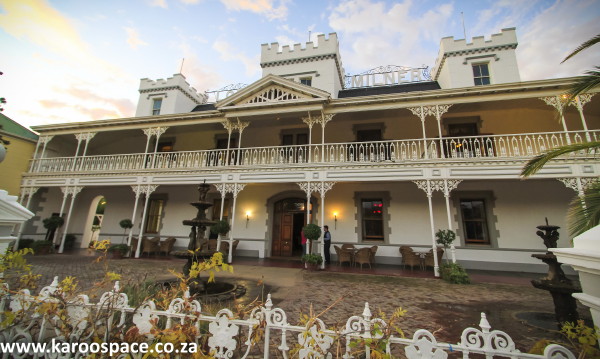 More than a century ago the village did duty as both a railway siding and sanatorium.

To ailing colonial arrivals like Olive Schreiner and Cecil John Rhodes, a middle-of-nowhere spot like Matjiesfontein was the perfect place to recuperate.

The guest list has included the likes of Sir Randolph Churchill, Edgar Wallace (author and founding editor of the late and lamented Rand Daily Mail), Prime Minister John X Merriman and the entire English cricket XI, who often toured the Cape and came to stay and play here. 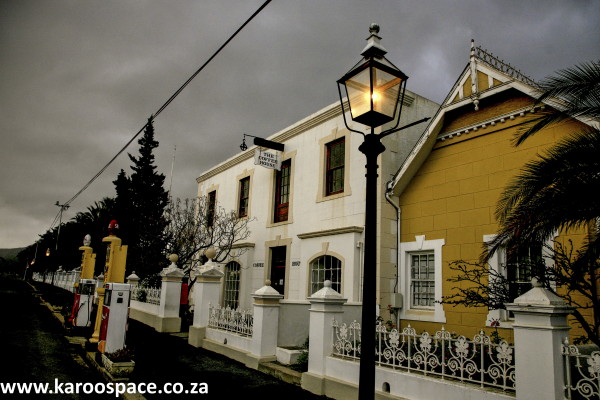 The first ‘Laird’ of the village, Jimmy Logan, found a source of water in the area and piped it down to Matjiesfontein where, in November 1889, he launched an elaborate ‘water world’ in the desert.

The second ‘Laird’ was hotelier David Rawdon, who took over Matjiesfontein and, after extensive renovations, re-launched it in 1970. 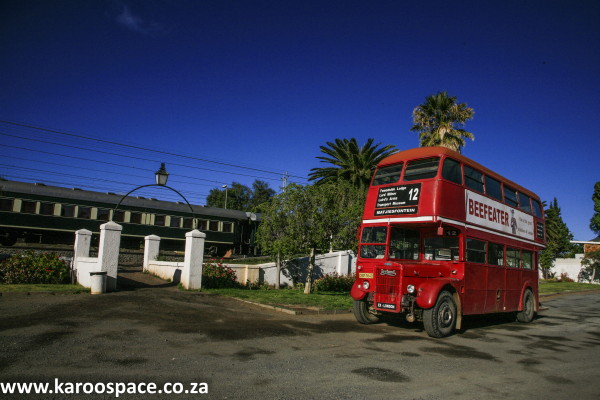 It is now managed by The Collection, which also runs the Cellars-Hohenort in Cape Town, The Marine in Hermanus and The Plettenberg in Plettenberg Bay. 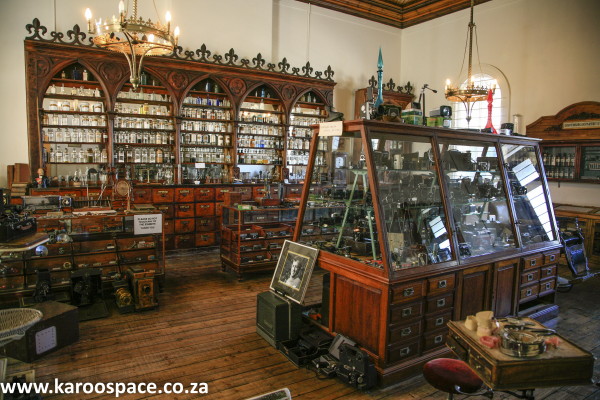 On the ground floor, oddments include a collection of opera glasses, 19th century shampoo bottles, hydrometers, smoking pipes, a cake made in the shape of the Lord Milner Hotel plated tea sets and a leather-bound book commemorating Lord Hawke’s cricket tour of SA in 1898. 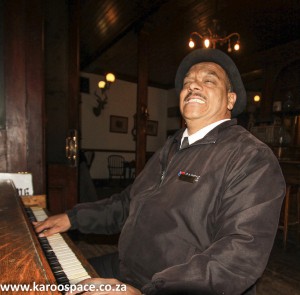