Skip to content
At the epicentre of Willowmore is Sophie’s Choice, run by Sophia van der Merwe – a woman who has yet to meet a chandelier she didn’t like.

Sophia loves them so much she even has a rustic one swinging from the top of her henhouse at Keurfontein farm just south of the town. 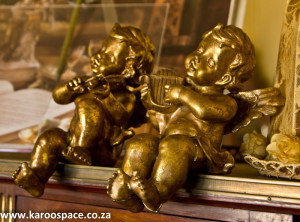 Originally from the old Transvaal, Sophia visited Willowmore in 2006. She’d bought a house there, sight unseen. She drove up with a friend, to see what she had acquired.

It turned out to have been a great buy. But more serendipity was in store. In Willowmore she met Pepi van der Merwe, local legend and hotelier.

He picks up the story: “I saw her and a friend walking around town. I asked: do you drink red wine? And she said yes. I said great, I’m not finished with you yet. A week after that, I asked her to marry me.” 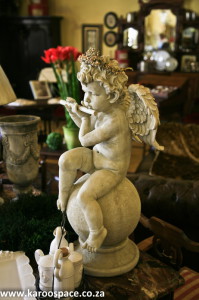 What Sophia brought to Willowmore was style. And of course, more chandeliers than the town had ever seen. Her eccentric shop is full of great food and magnificent paraphernalia. 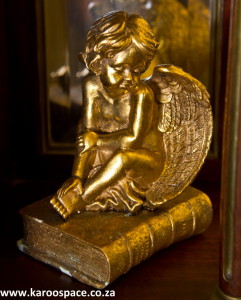 Sophia parts reluctantly with pieces she loves and at times there can be so many items saying ‘not for sale’ that her place resembles a museum with a restaurant attached to it.

One of the great things she and Pepi have in common is a love for old Karoo houses.

“Because if you restore a Karoo heritage house, it’s like uncovering a treasure chest.”

One thought on “Sophie’s Choice, Willowmore”