Wellwood is one of the Karoo’s great historic farms, well-known for its Merino rams, its Karoo fossil legacy and five generations of the Rubidge family.

The farm lies north of Graaff-Reinet and east of Nieu Bethesda. Guest accommodation is in the delightful gabled 4-bedroomed Trymore cottage. 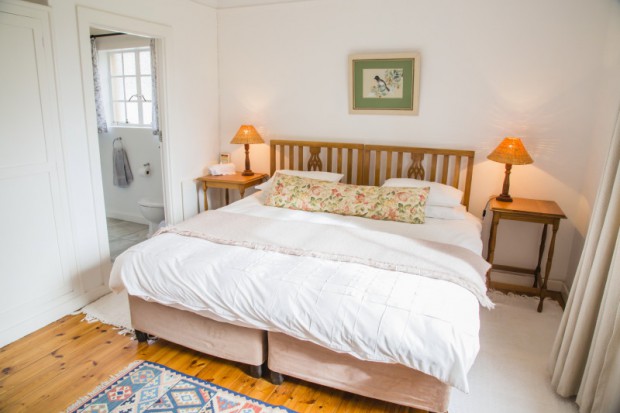 Trymore was originally built for legendary palaeontologist Sidney Rubidge when he retired from farming in the 1950s.

Arrive in the early afternoon and you’ll immediately notice how meticulously everything is kept. The gravel driveway is neat and swept. The house is freshly painted.

There are inviting cushions on the Morris chairs along the stoep and from here you can gaze at the Merino rams in their nearby paddocks among olive trees, pepper trees, Lombardy poplars and weeping mulberries.

Everything tasteful, thoughtful and well-appointed.

You’re welcome to self-cater here but it’s a great treat to have Betty Koopman come and cook one of her famous roast lamb or venison pie dinners for you, followed by dessert and Marion Rubidge’s dizzyingly good kumquat liqueur. 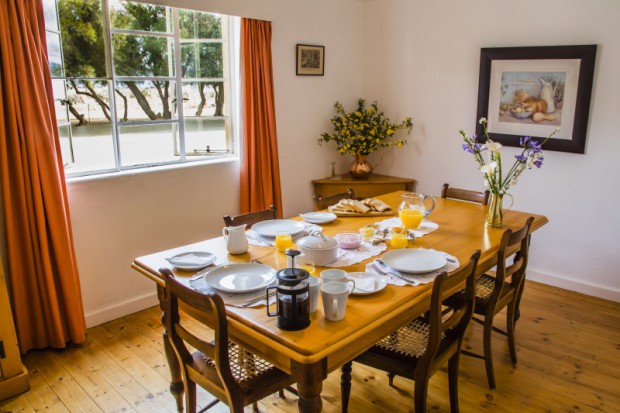 One of the great perks of staying at Trymore is a tour of the Rubidge Fossil Museum with Marion.

The fossils, all part of Sidney Rubidge’s collection, are beautifully displayed in what used to be an old shed. There are 776 recognisable species here, of which 60% come from Wellwood and the district in a 150 mile radius. 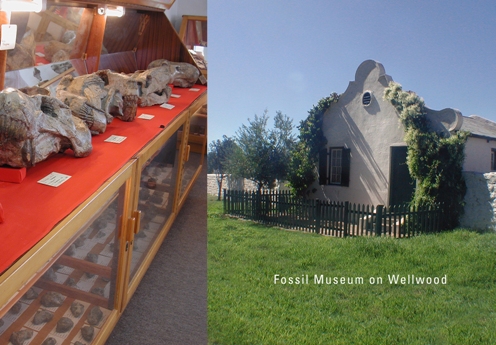 Some of the best palaeontological brains in South Africa were frequent visitors to Wellwood: Robert Broom, Croonie Kitching and Professor James Kitching.

Sidney Rubidge passed his love of fossils onto his grandson Bruce Rubidge, now head of the Bernard Price Institute for Palaeontology at the University of the Witwatersrand, a position first held by mentor James Kitching.