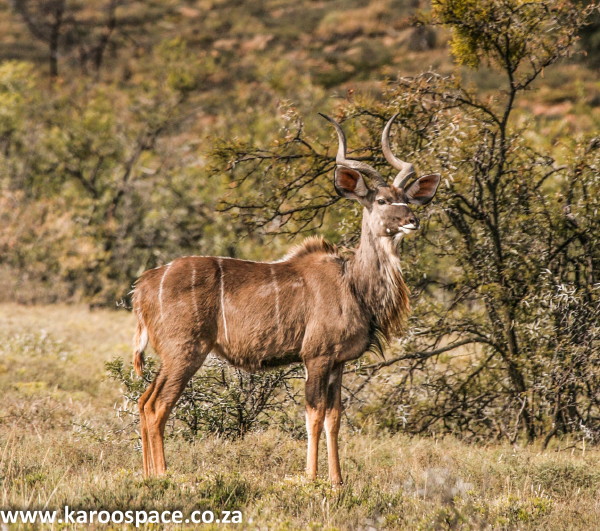 Kudu should be everywhere. As should springbok. The meat of these two magnificent wild beasts is superb to eat, low in fat, high in protein and tender.

Both meats take to sweetness and spice, and can stand up to pungent flavours such as a good, stinky blue cheese of the kind that is quite liable to crawl on to the plate of its own accord if you’ve left it to mature for long enough.

100g blue cheese of your choice

Salt and pepper to taste

To make the sauce, simmer the onions and garlic in olive oil until soft, and deglaze with the wine. Cook until reduced by half, then add the cream, bring to a simmer and allow to simmer until it reduces and thickens, about 10 minutes at a gentle bubble.

Crumble in the blue cheese and stir until it has all been incorporated. Season with salt and pepper and leave to simmer on the lowest heat for about 10 to 15 minutes.

The flavours will intensify slowly during this process, but don’t forget about it. Once it tastes just right, both in flavour and texture, put a lid on and remove from the heat, to be reheated when you need it.

Cook the steaks – preferably on a griddle, to give it attractive char lines – in butter or butter and olive oil over a relatively high heat but not so high as to burn one side.

Place on the heated fat and leave – do not touch, Daisy – until little beads of ‘sweat’ start to show on the top side of the steak.

This is when to turn them and continue cooking the other side. You’ll have to judge the balance of the cooking time which depends on the thickness of the meat and how your guests want theirs cooked, but if any want them well done, show them the door.

Season with salt and pepper a minute or so before you take them off. Wrap tightly in foil for five minutes to rest the meat.

I did mine with vine tomatoes, which I simmered at a very gentle heat in vegetable stock and dry white wine into which I popped a handful of rosemary sprigs, and seasoned with salt and pepper.

They were wonderful and the bonus is that they double up as a garnish.

Cricketing Legend of The Midland Bat

Thoughts in a Karoo Graveyard