Autumn is a magical season for food in the Eastern Karoo. The grasses are turning from summer green to winter blonde. The pecan nuts and walnuts are nearly ready for harvest. The last of the pomegranates are still on the trees. The remaining figs, quinces and the early citrus are being turned into preserves and jams. The nights are mild and the days are warm and clear.

This is also the time when the annual Karoo Food Festival is held in Cradock.

For 2022, Market Street, home to the restored Tuishuise and Victoria Manor Hotel, was blocked off to vehicles and opened for pedestrians on opening night. Food stalls lined streets in front of the candy-roofed cottages – from skaapstertjies and skilpadjies, to pulled pork on roosterkoek, to Malay Koesisters and their more traditional koeksuster cousins, to various foods on a stick (chip spirals, sosaties and candy floss), to pancakes, curry samoosas and juicy beef burgers. 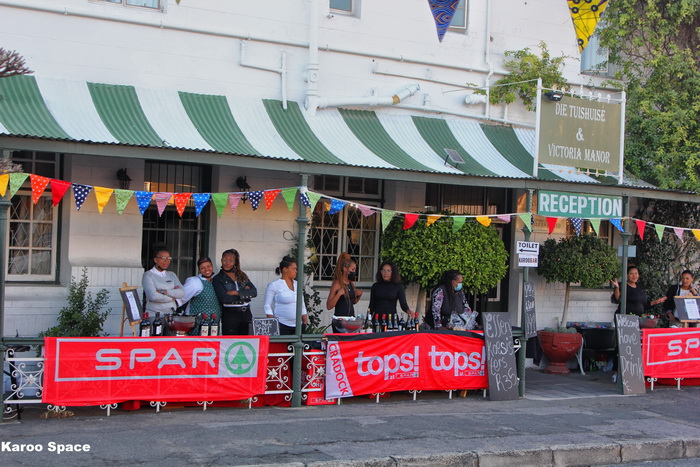 There was good live music, festive bunting flapping in the breeze, and happy children hopping after a man in a rabbit costume, then gaping at a another atop giant stilts.

People coalesced in little groups at tables and chairs in the middle of the road, making regular little forays off for alcohol or snacks or a boogie to the music. 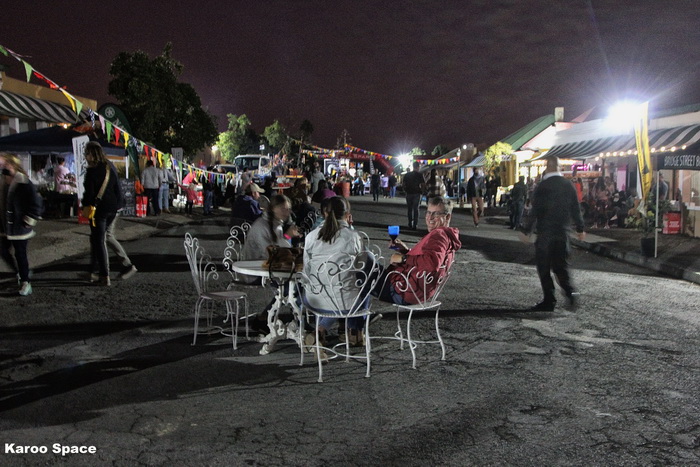 Another first was the use of Jenkins Creek for Saturday’s food market, and Sunday’s potjiekos and trail running events.

The Karoo Food Festival has now been going for nearly a decade, and every year there is something different. This year it was clear that foods of the region are in real demand, and that artisanal food producers are starting to gain traction.

Some of the biggest sellers were the venison salamis, biltong and droewors from Pierre and Charma van Vuuren of Kwando Karoo, at Schoombee Karoo near Middelburg. 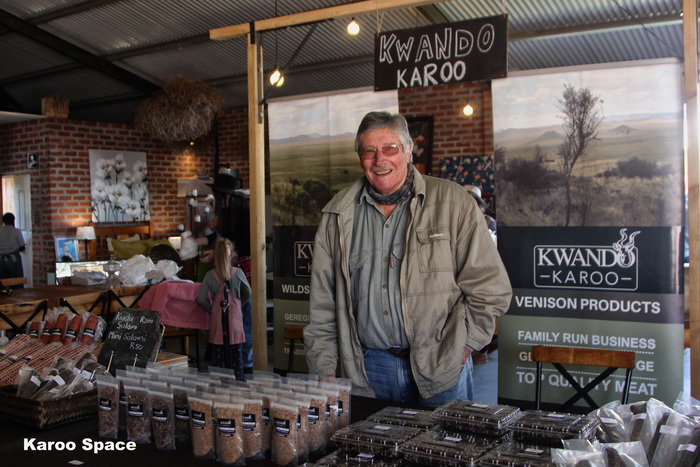 “Those are the last ones. We came here with a Venter trailer full of them,” he said. 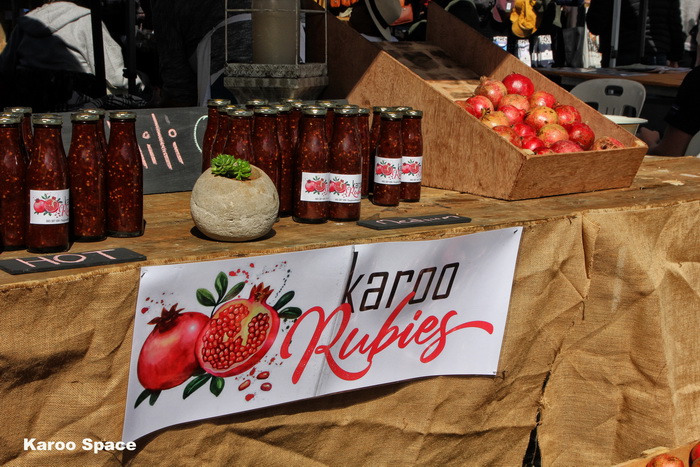 Langbaken Cheese from Williston district was there too, thanks to Ian and Katrin Allemann of Nieu-Bethesda. They were selling Karoo Blue, Karoo Crumble, Karoo Swiss and others by the wedge, along with Langbaken’s famous Ash Camembert.

Sanctuary Farm just north of Cradock has a pecan tree orchard and nursery. They were selling raw, salted and honeyed nuts at good prices.

Karen McEwan of True Karoo Trading, based at Fairfield Farm between Cradock and Middelburg, is a local foodie phenomenon. She was there with her irresistible peanut butter cheesecake, mutton sliders, boerie bangers, onion marmalade, chilli sauces and her addictive pumpkin preserve.

But that was just the food. There was also craft beer from Bridge Street Brewery, muscadels and colombards from Orange River Wines, the fiery Three Agaves tequila from Tim Murray’s Roode Bloem farm north of Graaff-Reinet, and the highly popular Afrikanis Rum, also from the Graaff-Reinet district. 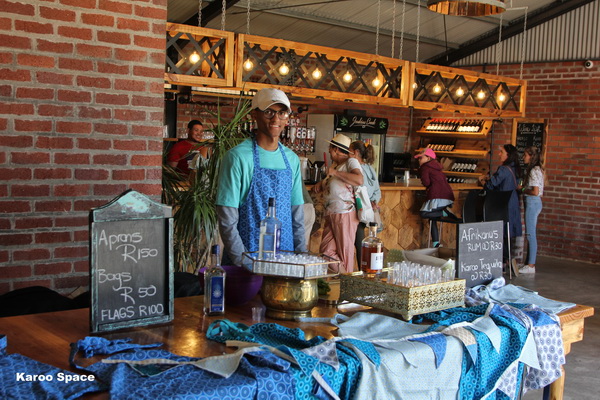 Sunday was a more sedate affair, but equally popular. The fires were lit at 10am and by 3pm the potjies were ready. After a quick blind tasting by local food writer Tony Jackman, the food was served. There was a class in painting pomegranates in watercolours, and the trail runners were already back from their 21km course. 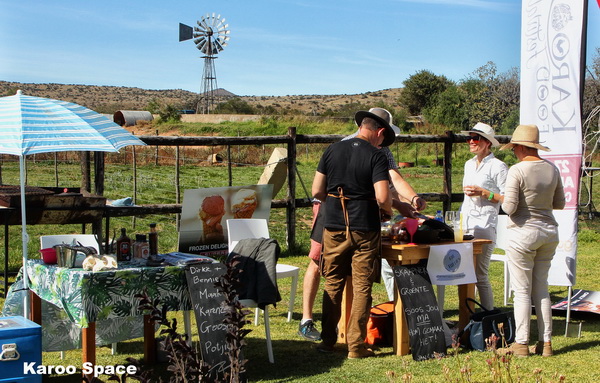 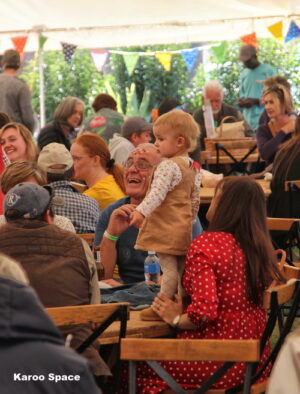 Most of the attendees were Karoo locals who appreciate good food and a lekker kuier, but there were many others from Gqeberha, East London, Komani, Jeffreys Bay and even Pretoria.

Michele Stockdale of Jeffreys Bay had come with five friends.

“We’ve had a fabulous time,” she said. “We’ve already booked to come back next year.”