People working in the Richtersveld diamond town of Alexander Bay used to be divided into Binnekampers and Buitekampers – those who lived inside the restricted area and those who were outside the fence.

Before leaving the area on weekend pass, binnekamp families and their possessions were thoroughly searched, because diamond smuggling in Namaqualand has always been as natural as truffle-hunting in France.

Namaqualanders are known for their prowess on the dance floor. On Saturday nights the woman-less men would “bull dance” until the dawn, tossing each other about with much gusto. At the nearby village of Grootderm (Large Intestine), the local headmaster held bull dances for the miners in his school canteen.

“Go dance with your friends,” was an often-heard refrain uttered by a rather bruised wife. Those were the days of beach parties, giant crayfish screeching away in big drums of boiling water, epic fishing expeditions and the occasional overdose of Cape Smoke, a particularly vengeful black sheep of the brandy family.

And you never addressed a diamond by its name.

“We were taught to always use the word ‘product’ when speaking about, er, diamonds,” said Pieter Koegelenberg, a local who had given a quarter of a century to Alexander Bay. “Children playing ‘diamond in the sand’ games were told to use the word ‘pearl’ instead…” 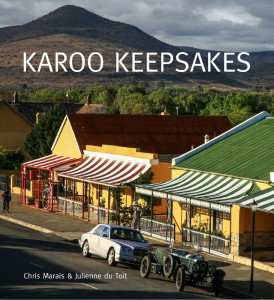