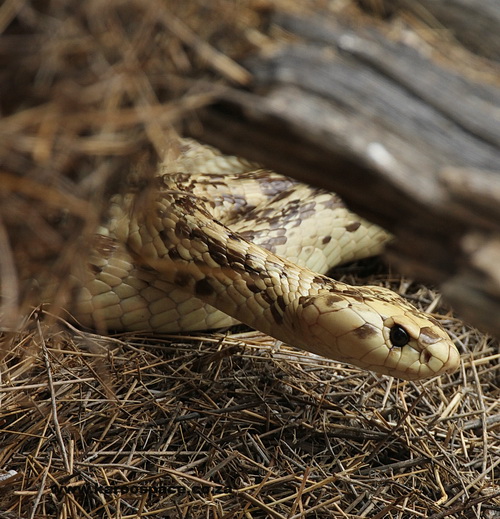 Intro and Images by Chris Marais

South Africa’s first birder was the18th Century explorer Francois Levaillant. He could also have been our first sex tourist, but that’s another story altogether. The latest book on Levaillant, entitled The First Safari – Searching for Francois Levaillant, was written by Ian Glenn, an academic who has studied the Frenchman’s adventures for many years.

On the ornithological front, Levaillant has few peers – especially when the observations begin to flow. Consider, for example, what he has to say about the age-old rivalry between the Cape Cobra and the Secretarybird: 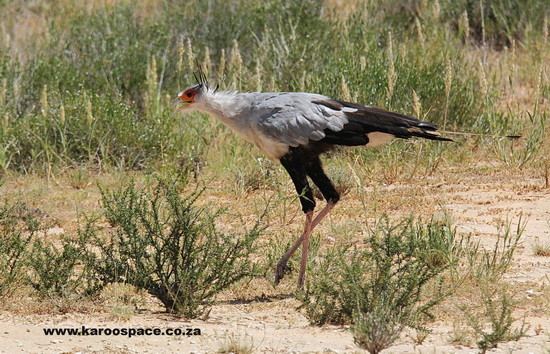 “It dares attack an enemy as formidable as the snake: should the latter flee, the bird pursues it; one might say that it flies along, skimming the ground; however, it does not open its wings at all to help it in its run as we said the ostrich does; it reserves them for use in combat and they become its offensive and defensive weapons.

The surprised snake, if it is far from its hole, suddenly stops, rises up and tries to intimidate the bird by puffing up its head in an extraordinary manner and by hissing sharply. It is at this moment that the bird of prey unfolds one of its wings, drawing it across its front, and, using the wing, covers its legs and the lower part of its body, as one would with a shield. 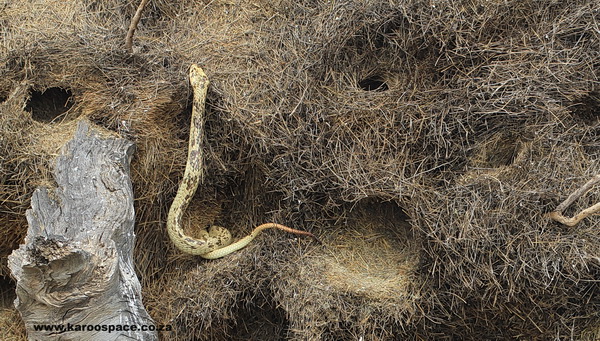 The snake, attacked, rushes forward, the bird leaps, strikes, retreats, throws itself backwards, jumps about in every direction in a manner truly comical to observe, and returns to combat always presenting the tip of its defensive wing to the venomous fang of the adversary; and while the latter uses up its venom, without any success, in biting the bird’s feathers that feel nothing, the bird, with its other wing, deals vigorous blows powerfully reinforced by the bony protuberances already mentioned.

Finally, the reptile, stunned with a blow from the wing, staggers, rolls in the dust from where it is skilfully seized and thrown in the air several times until the moment when, exhausted and without any strength, with bird breaks its skull with blows from its beak and swallows it whole – that is if it is not too large, in which case the bird tears it to pieces while holding it under its toes.” 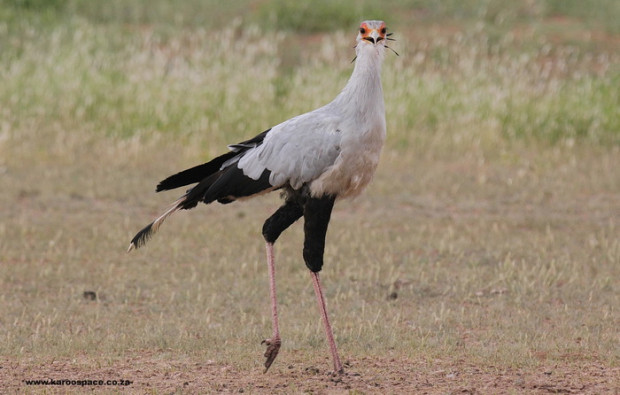 Wow. A cinematic description of bird & snake action if ever there was one. Ian Glenn has this to add:

“As 2019 marks the two hundred and fiftieth anniversary of Aernout Vosmaer’s first description of the Secretarybird, the Secretarybird should be made bird of the year and Levaillant’s passage chosen for admiring study.”