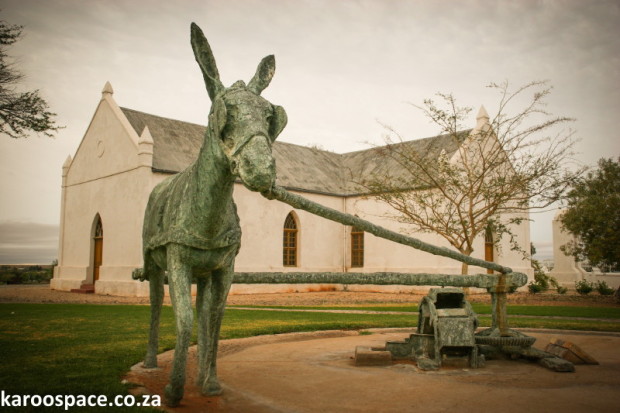 The bustling Northern Cape town of Upington lies on the Orange River and is at the centre of the Gordonia region.

Gordonia involves a lengthy tale – as long as the Orange River itself – of pirates and privateers, pacifiers and publicans. And if you took the R64 from Kimberley to Upington and beyond, you might well find yourself in the middle of Gordonia, that mystical place of sweet grapes and prancing gemsbok.

It was in fact named after Robert Jacob Gordon, the multi-talented 18th Century explorer and adventurer who gave the Orange River its name. And the various islands that surround Upington, which are today profitable grape producers, were jam-packed with river pirates back then.

Spend time in Upington and you’ll hear all about the seasonal floods, the outlaw Scotty Smith, the far-ranging police camel patrols of Bushmanland, this year’s grape harvest and you neighbour’s latest venture into the Kgalagadi Transfrontier Park.

Upington has undergone a tourism boom in the new millennium,and is today the travel hub for visitors coming to see the wildlife, the Augrabies Falls and the seasonal blooms. This is where you stock up with spare tyres, fuel, food and essential items for your time up in the Kalahari, be it the national park or a 4X4 route. Adventure sportsmen and –women spend time in Upington before taking on the mighty Orange River – or the local wilderness trails of Red Dune Country.

Upington is also at the centre of the dried fruit industry. They have a raisin festival and regular tours of the local factories. And for those who like their gaming pleasures, there’s the Desert Palace Hotel & Casino Resort. What would the old river pirates have said?

One thought on “Upington, Northern Cape”