Skip to content
We first met Piet ‘Prok’ Coetzee in June 2004, when we came to Cradock on an assignment for SA Country Life magazine. Julie’s journal notes:

“He lives in a big house on Bree Street, a driveway leading down to a yard with the longest garage I’ve ever seen, with about eight doors or more. It contains 40 cars or so, split between this long building and another of clinker brick. We find him in the long garage, a compressor going, tinkering with one of the vehicles – the Model T Ford.

Piet says he’s almost always at one of four places: at home, in his garage, at the office or at the Cradock Club (this was once a male-only club, females only allowed in in 1998). 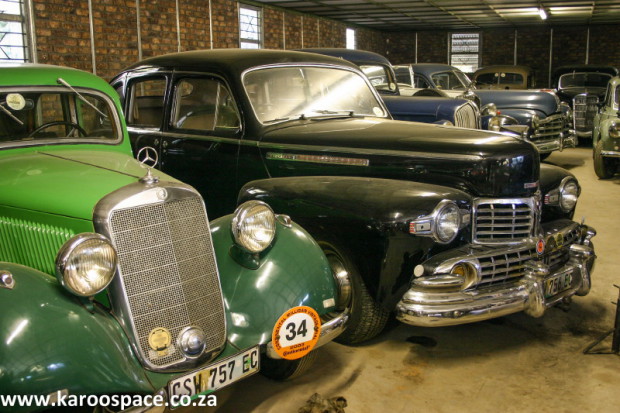 He says he’s always been into machines, ever since he was a young student. He’s always been rebuilding something, usually a motorbike, and is a member of the South African Veteran and Vintage Association (SAVVA), often batting off to take part in vintage rallies (like the Milligan, from PE). 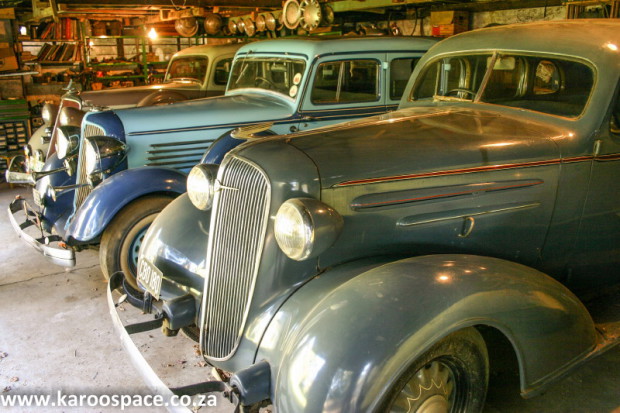 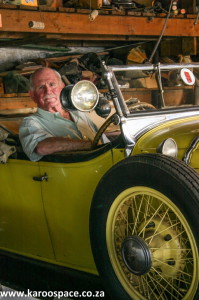 The Opel Olympia LDV inspires great envy among collectors from other countries, he says, because it was only made in South Africa. Quite a collector’s item. He’s particularly proud of the 1934 Studebaker which he found in a scrapyard in Cradock. It took him two years to rebuild it.

The 1929 Buick is a Jubilee Model, a 25 year celebration of Buicks. It has a 7-litre engine and weighs two and a half tons.  He’s represented South Africa in rallies with this vehicle.

How do you find these vehicles, I ask him. “I don’t find them, they find me,” he retorts, grinning wolfishly.

Piet is also a collector of old engines – he has an old 1918 John Deere Tractor engine, which has no carburettor, just an intake jet. It idles until the revs drop, when it fires again.

He gets it going and it clatters away, firing periodically and sending clouds of blue smoke into the air, probably polluting the biltong and droewors he has suspended from hooks on the ceiling.” 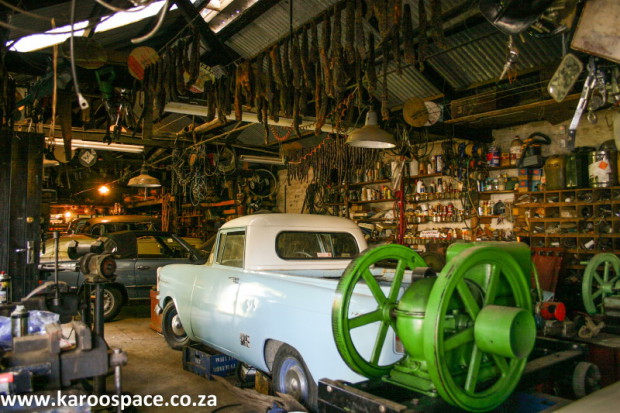 Fly Fishing in the Karoo