This article first appeared in the Johannesburg Sunday Times on February 13, 1983.

It takes a long time to get to De Aar. The road is like a steel ruler narrowing to the dead-flat horizon, laid across land so arid that even the scrubby bushes battle for a toehold. The only signs of life are an occasional knot of dusty sheep, heads bowed under the blazing sun, and every fifteen minutes or so, perhaps, a car flashes past in the opposite direction.

Yet De Aar makes itself known long before the first houses can be seen. Telltale smudges of smoke in the blue distance show that we are nearing a railway town, the place that some call ‘the Clapham Junction of South Africa’ and railwaymen know as ‘DR’.

This small Karoo town dreaming under its pepper trees, so hot and silent at midday that only the mainline signal arms break the stillness, is famous far beyond South Africa. It is a mecca for steam train buffs.

De Aar’s chief attraction lies in the fact that working steam locomotives can still be seen in action there, both shunting and running to a regular schedule on the Kimberley line. This is good steam country: relatively flat, with adequate water supplies. A further drawcard is the busy locomotive depot, where visitors can see aging steam locomotives being upgraded to prolong their working life.

Only real enthusiasts are taken to see what must be one of the saddest sights for anyone who has ever thrilled to the beat and hiss of steam: the last, forlorn resting place of 150 old steam locomotives, gently decaying in a far corner of the shunting yard.

Except for the soft moan of the wind blowing through jagged windows, the long curving corridors between the rows of rusting locomotives are eerily quiet. It would make a wonderful setting for a spy movie chase: stealthy footsteps crunching on moonlit gravel, fingers scrabbling against flaking steel, crouching shadows flitting across silhouettes of cabs, boilers and top-hat chimneys… 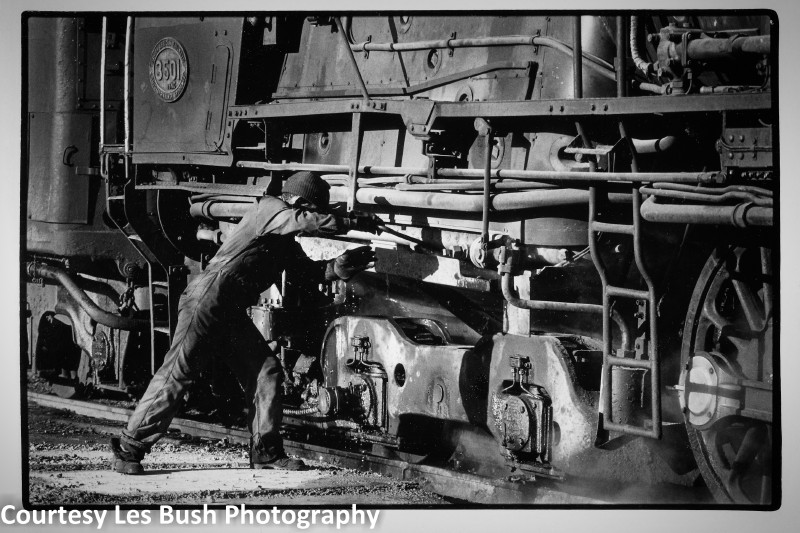 Even as the age of steam wanes and its locomotives are inexorably replaced by streamlined electric and diesel monsters, some have been spared the ultimate ignominy of the scrapyard. Like elephants going to their mythical graveyard, certain models and particular examples earmarked for eventual preservation have been brought to De Aar, stripped of re-usable parts and lined up in long rows on rail spurs. Many are still coupled together in a last handclasp.

Today, weeds and grass grow where hot cinders used to fall, and the cheerful tooting steam whistles have fallen silent. Tumbleweeds blown by the wind pile up against iron wheels and cowcatchers. The black mouths of furnaces gape blankly where red-hot fires once roared, the great workhorse pistons are still and the drivers’ seats are empty.

De Aar railwaymen talk of the rusting giants as old friends, in tones reserved for the dear departed.

The death-knell for steam began tolling in the early ’70s. Compared with electricity and diesel power, steam is inefficient. Its locomotives are slower, can carry only limited loads and require more staffing. Whereas you can couple several electric or diesel units together using only one driver, each steam unit needs a full team. Maintenance is expensive, too. In some areas, accumulated salts have to be flushed out of boiler tubes every twenty days.

Then there is the problem of water, made worse by recurring droughts. Steam engines are thirsty creatures and have to be watered regularly and copiously, even when specially modified. In the drier areas where even the smallest cinder can start a raging veld fire, they are a serious hazard.

The final phasing out of steam was originally projected for the early ’90s, with main lines electrified and branch lines changing over to diesel power. The unexpected fuel crisis which erupted in the ’70s, however, made the SAR more cautious about phasing out steam – specially  with diesel fuel at a premium. It was decided to speed up electrification and retain steam traction for as long as possible on the less important branch lines, and for shunting duties.

Instead of being scrapped, some of the newer steam locomotives are being refitted to make them more efficient, and others have been staged in case they are ever needed again. The dry Karoo climate is a good place to stage old engines. Besides those at De Aar, which include a few special railway carriages intended for a future museum, more locomotives have been mothballed at Beaufort West and Touws River. 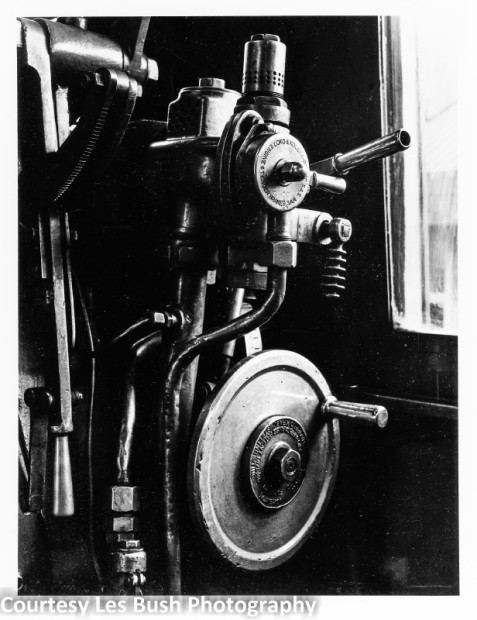 It’s a comforting thought for those of us who remember the excitement of childhood journeys by steam trains.

I vividly recall lying in the stuffy darkness of a compartment watching our coats swaying on their hooks and listening to the soothing clickety-click of the wheels on rails and the deep, strong bellow of the steam engine that rushed us through the night. In the morning, as we leaned against green leather bolsters to watch the telegraph lines dipping and rising beside the track, my mother would say, ‘Don’t lean out of the window, or you’ll get smuts in your eyes.’

There aren’t many places left now where you can get a smut in your eye. China and India still use steam and so do Poland and other parts of Eastern Europe, but South Africa has one of the last railway systems in the western world with fully operative steam sections.

Railwaymen, many of whom are enthusiasts themselves, are well aware of the value of the remaining steam sections to the tourist industry. The SAR’s imaginative Steam Safaris are sometimes sold out months in advance, and visiting buffs come well armed with cameras and tape recorders. The Apple Express that runs every Saturday from June to January between Port Elizabeth and Loerie is hauled by old NG 15 locomotives, a highly desirable experience in the steam world.

Because everything in De Aar centres on the railway, people who live there are knowledgeable about the massive locomotives that chunter back and forth in the shunting yards all day, or stand waiting for refitting outside the huge machine shops.

With warm platteland hospitality they invite you into their homes, load your plate with succulent Karoo lamb chops braaied to perfection, then regale you with chat about traction and superheated steam, and the old days on the footplate when drivers were virtually married to their locomotives.

The first South African train drivers travelled out from Britain with their locomotives. On arrival they finished assembling them, then drove and nurtured them for years – taking their holidays when the engines were due for maintenance or refitting – and often retired with them.

Unless there is another fuel crisis, however, steam is gradually on its way out now. Railway preservation societies and tourist initiatives will keep some furnaces roaring and steam whistles tooting for enthusiasts, but there will be more graveyards like the one at De Aar where old locomotives are shuffled off to stand in long rusting rows, just in case they are ever needed again.

It’s a melancholy sight – a sad thought, the dying of an era. Like the pair of old shoes I saw lying abandoned on an old carriage platform, the old steam dinosaurs have outlived their usefulness. 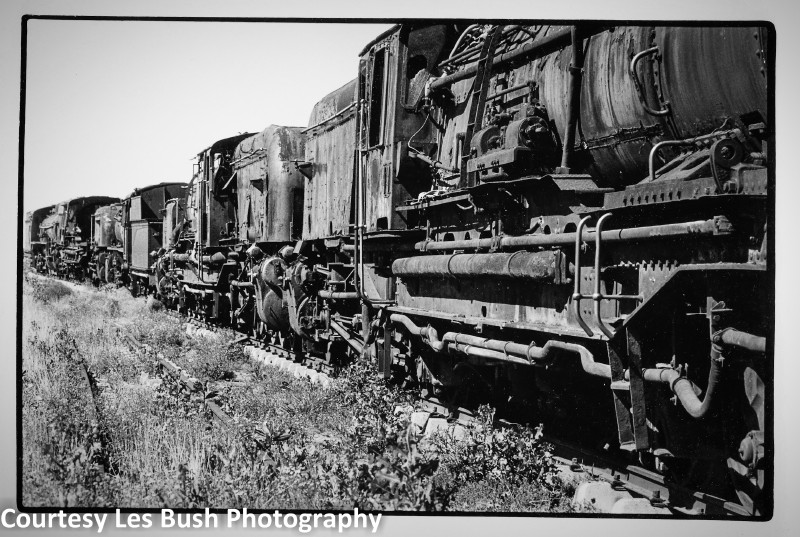 From My Stoep by Richard Smart

Old Times in the Kalahari

4 thoughts on “Graveyard of the Steam Giants”