A lot of people think the Karoo is flat. But when they start travelling around the 14-town precinct of the Karoo Heartland in the Eastern Cape interior, they tend to find themselves basically drifting from one awesome mountain to another awesome mountain.

And here’s another point of interest: it is pure magic in winter, when the snow lies thick on the heights and there’s a fire roaring away in your farmhouse room.

Hop in as we visit some of these legendary piles of old rock, beginning right here just outside our home town of Cradock.

One of the first things you should do when visiting this very popular national park is to climb out of your vehicle at one of the viewpoints and sniff the clean air.

Set among the bulky ironstone massifs of the Bankberg Mountains, this park combines the serenity of a semi-desert with horizon-wide views of stacked mountain ranges that fade to mauve.

Originally knowns as Zwagershoek (Dutch for “brother-in-law’s corner”), these valleys are populated by farming families of long standing. This is where local Anglo-Boer War hero, General Pieter Kritzinger, came to settle once his fighting days were done.

No one expects you to climb a mountain to visit a butterfly, unless you’re on the hike up the Compassberg, the peak that looms over Nieu Bethesda.

The Compassberg Skolly (Thestor compassbergae) can only be found up here, on the slopes of the highest and most important slab of dolerite in the Karoo.

This famous fanged mountain stands at a shade over 2 500 metres above sea level, and was named by the adventurer-soldier Robert Jacob Gordon back in 1778.

Protected Corridor through the Karoo

Back in 2003, a ‘biodiversity corridor’ linking the two national parks was first proposed. The potential area under consideration amounts to hundreds of thousands of hectares, a huge swathe of land straddling the Sneeuberg range and stretching from the R61 in the north to Pearston in the south.

The then Minister of Environment Edna Molewa declared it the Mountain Zebra-Camdeboo Protected Environment in 2016.

The land between the parks is all privately owned, mostly livestock farms alongside game farms and private nature reserves. And even though this land has been farmed for centuries, the veld is in fine condition. An annual mountain biking challenge, the Roof de Karoo, is the only such event to start in one national park and end in another.

The Walter Battiss Museum in Somerset East is where you can still find yourself wandering through Fook Island, that fabulous mind-place created by the artist himself.

“We lived in Somerset East – a small but very beautiful little town at the foot of a mountain. That is what made it beautiful, the mountain, always green, with a waterfall three hundred feet high – unusual for the Karoo.”

There was a time, back in the 1950s, when that ‘green mountain’ called the Boschberg was the refuge of a rather inventive thief called John Kepe.

He lived in a cave and stashed his loot in another cave nearby.

No one knew what he looked like, so, in the time-honoured manner of a true Karoo vagabond, he would often join search parties and go on the hunt for himself.

Eventually, Kepe’s reputation as a tolerable thieving rogue was tarnished. He was branded a murderer after the death of a shepherd up on the Boschberg. John Kepe was finally captured and hanged up in Pretoria.

Today, the Boschberg Nature Reserve serves as a hiking venue, complete with an overnight hut where you can sip your hard-earned dram of whisky and admire the view – like Battiss and Kepe before you.

Wander the utter green density of the streets of Bedford and you might wonder why some call it Karoo.

It does not have the khaki look of a Karoo settlement. Instead, Bedford could easily pass for a quaint English dorpie, complete with 1820 Settler stock, a country school and nearby cricket field. 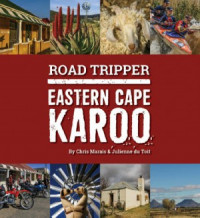 Bedford is simply blessed with natural abundance. It sits in the Smal Deel between Pearston and Alice, the grasses and bossies around here are packed with protein and the soil is just about the richest you could wish for.

Because it lies at the south-facing slopes of the Kagga Mountains, Bedford has a milder weather pattern than its neighbours to the west.

One thought on “Mountains of the Karoo Heartland”