In the beginning it seemed like a good idea to cycle South Africa from coast to coast.

The ride would perhaps begin with seasonal flowers in Namaqualand, stark mountainscapes in the Richtersveld, meandering more or less up the Orange River into Lesotho and then descending to the East Coast down the Tugela River.

This trip would satisfy three items on my bucket list: see the Orange, experience the Karoo and endure a major bicycle expedition. 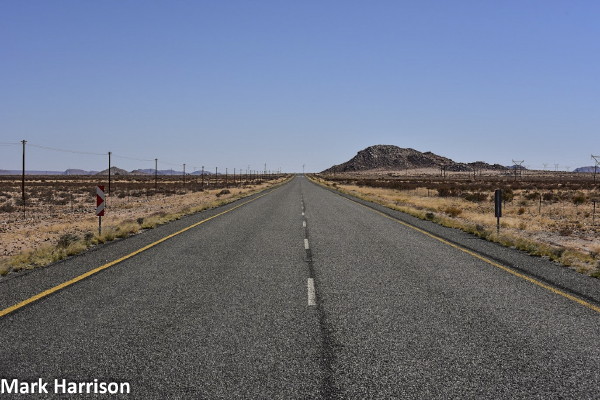 Fate intervened. I fell off my bike and suffered a subdural haematoma. The fact that this necessitated emergency surgery in Caen, France, didn’t help my business case for a trans-Africa adventure any time soon.

However, I did have plenty of spare time while recuperating. Some of it was spent hankering after what might have been.

Inevitably, Google came into the equation and I did some virtual exploration. 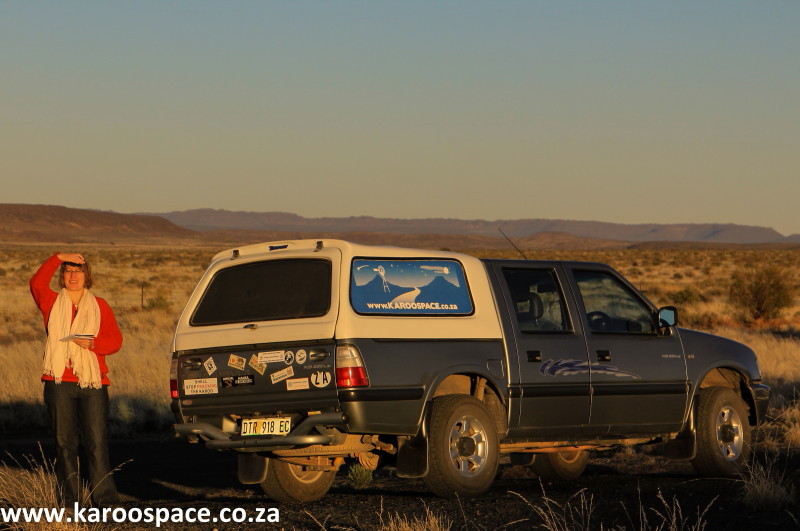 It didn’t take long for me to come across the wonderful www.karoospace.co.za  the website domain of Julienne du Toit and Chris Marais.

It also didn’t hurt that Chris had undertaken some fairly dissolute roamings in my target area. These were further described in his book The Journey Man – A South African Reporter’s Stories about his days as a young journalist.

Having been a journo in the 70s, and having friends in common, the osmosis was immediate.

Then there were two more publications from Julienne and Chris: the Ebook 101 Karoo Towns and the website feature 21 Pubs of the Karoo.

Chris also emailed me with some additional suggestions. 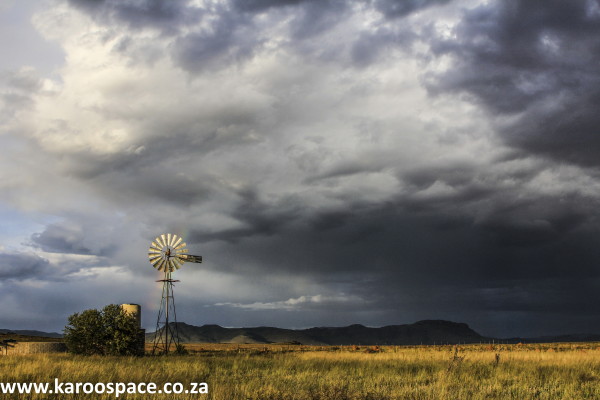 It wasn’t long before I was trying to join the dots. A car would have to suffice. A travelling companion or two would be the icing on the cake. Richard from Bognor Regis and Federico (Fed) from Rocca Canavese near the Italian city of Turin didn’t take much persuading.

They’d never met each other but a common penchant for arguing guaranteed that, at worst, WW3 would ensue or, at best, some vigorous debate would while away some of the many kilometres we were planning.

We convened in Cape Town on a late September morning.

It was a bit late for the flowers but we were influenced by a desire to take part in a Pietermaritzburg -Durban cycle race at the end of the trip. 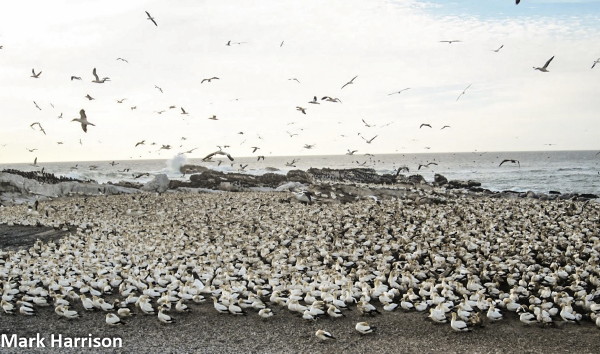 The whole route, the master plan, needed to take in the Augrabies Falls, the Tankwa Padstal, the pubs of the Eastern Cape Karoo and eventually Durban in time for the race in the middle of October.

Fed had been researching in his Alpine lair and had come up with some challenging walks along the way. Richard had acquired a new toy, a pro-level drone that he was itching to try.

After a brief stop in Lambert’s Bay to visit the extraordinary gannet colony at the Bird Island reserve (with a bonus of tens of thousands of cormorants on the canning factory roof), we did stop, eventually, at Doringbaai at Die Anker, which has accommodation, a restaurant and a pub all on one site with a view of the sea and the port. 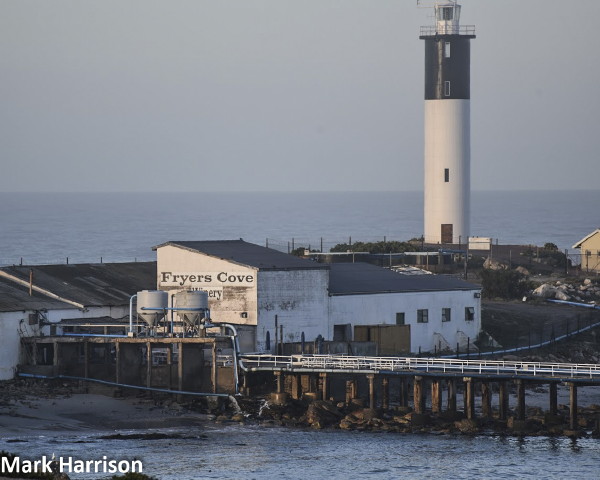 It’s a blerrie long way from Doringbaai to Augrabies. Stupid me, though. I was expecting flat featureless countryside and had my breath taken away by extraordinary rock formations in the mountainous terrain. Even so, we had to break our journey.

Fortunately Fed’s research had provided the perfect answer in the Goegap Nature Reserve at Springbok. A couple of hours walking one of their trails, up a steep kloof and including a dry waterfall, left us feeling peckish and looking forward to some sustenance in Pofadder. I suppose one has to go there just for the name but don’t expect much more. I haven’t had a coke and half a koeksister for a while and probably shan’t be repeating the experience any time soon. 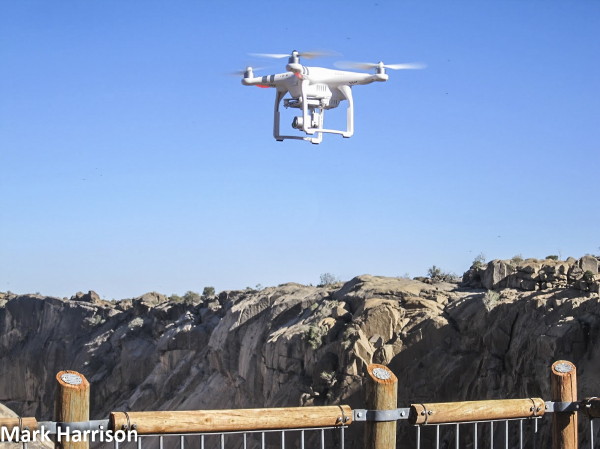 No one needs me to wax on about the majesty of the falls, themselves. We had a brilliant walk along the Dassie trail after taking in the river. Just take industrial strength insect repellent if you are going there at the beginning of October.

Oh, and Richard flew his drone down the front of the falls, to film from that angle. 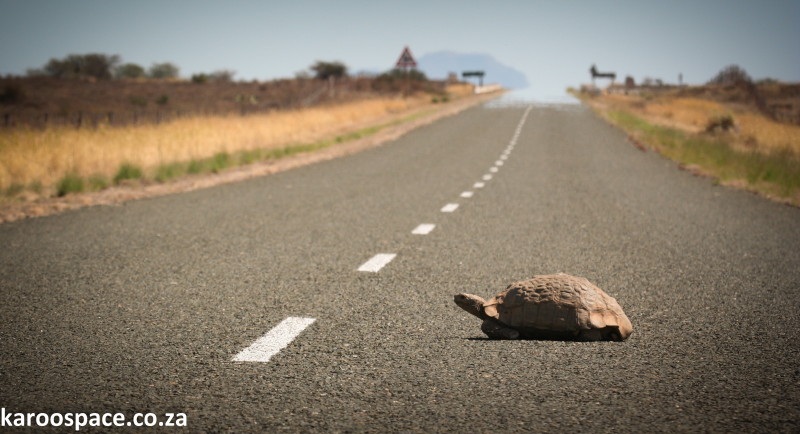 Next stop Calvinia, although we had to get to faraway Kenhardt first along a not-very-winding road. It was mostly decent gravel and atmospheric with big skies, red earth and occasional tumbleweed.

The trail was further enhanced by sociable weaver nests, which we had first encountered between Springbok and Pofadder, and the kokerbome (Aloe dichotoma).

There is a sad story about these prehistoric-looking trees. They are dying in their thousands as the Namib migrates slowly south.

There is a silver lining, though, in that more and more of them are cropping up further South where they look healthier. 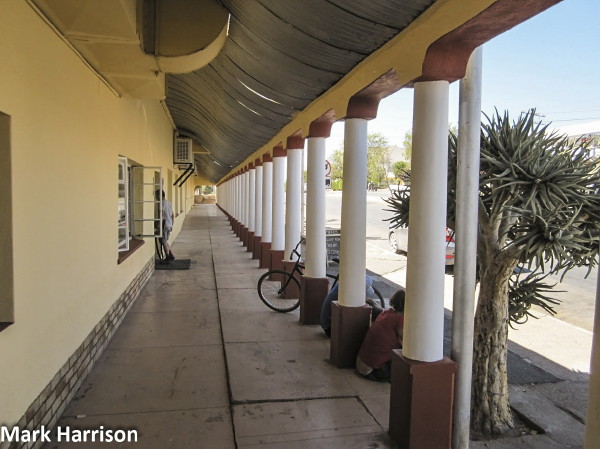 The Kenhardt Hotel is a rather fine example of the sort of hotel one expects to find in such a town. It has a particularly splendid pillared verandah and a bar that could easily be #22 on the Karoo Space list, despite the serried Jägermeister bottles above the bar.

Time for another digression.  Everywhere we went in the Western Karoo we were struck by the welcoming, polite charm of the local people and their competence.

The Kenhardt Hotel exemplified this for us both in its staff and patrons.

One in particular, a customer in his early thirties, who had had no advantages presented to him on a plate, was brimming over with enthusiasm to engage us in conversation on subjects as wide ranging as solar power and Donald Trump.

It was tempting to pause our journey there, drink beer and jaw-jaw all afternoon and evening. But hey, Calvinia was our intended jewel and we still had to get there by way of Brandvlei and the breathtaking magic of nothingness.

Next Blog: What’s Cookin’ in Calvinia?